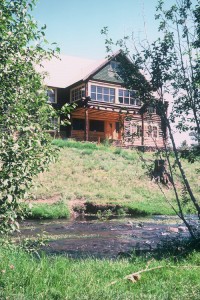 Sitting majestically on the Little Colorado River lies the Greer Lodge Resort & Cabins. Amidst the treasures it encompasses, there are timeless memories that engrain the very buildings that make up this jewel of the White Mountains. The history flows through the rivers along the property, through the logs that lay one on top of the other, and in the hearts of those that have come to call it home. It is through this history that we find the road to nowhere…

The Greer Lodge Resort was established in 1948 and today it is owned and operated by the Sandahl Family.

In July 1947, Leland B. Entrekin purchased the original thirty-five acres of land from the son-in-law of Molly Butler. In august, the foundation was poured and Greer lodge began its journey. Philip Entrekin, Leland’s son, hand peeled the bark of the logs with a draw knife-forever leaving their family’s imprint on this foundation. Archie Wilkins was the contractor that was hired to bring to life the vision that Leland had created. When the logs were hoisted into place, the men of the Ziegler Family came to frame the interior. The Lodge was completed in the fall of 1949.

The original building that was established consisted of a kitchen, a dining room, and two guest rooms on the first floor. Then, two guest rooms and a porch on the second floor. Topping off the building was the third floor with two dorm rooms. With the lack of electricity in Greer, it was the crackling fireplace and kerosene lamps that lit up and heated this slice of heaven.

The year 1950 brought the development of the Entrekin family barn. Here they kept their cows and horses as well as housed their laundry room. As it still does today, the barn also allowed for additional sleeping.

Originally as a destination for church retreats, the lodge began to fill rooms with guests during vacant times. When the doors opened to these guests, their high regards for the lodge paired with the power of their word of mouth began to transform the Greer Lodge into more than a church facility.

This revelation led to the construction in 1959 of the first cabin on the property named the “Little Lodge.”

In 1960, Ethel and Elmer Bellinger purchased Greer Lodge and ran it as an inn-appealing mainly to hunters and children’s camps. Ethel continued to run the lodge even after her husband’s death, but then sold it to Rick and Sandy Timmons in 1975.

Since that sale, the lodge has also seen ownership by Joe and Abby Broshure as well as Rich and Barbara Allen-who ran it as a bed and breakfast.

It is with that history that the present can be understood and appreciated. Greer, as a community, has seen continuous changes and evolvements over the span of time. Beyond that, Greer Lodge has also journeyed along its own road to reach the point it is at today.

There are; however, things that cannot change. The essence of the White Mountains and the treasures that it presents to all visitors who come in contact with it, The breathtaking views of one of God’s most beautiful lands, and the feeling one can get when staring out at the three private ponds while sitting on the back deck of the main lodge. 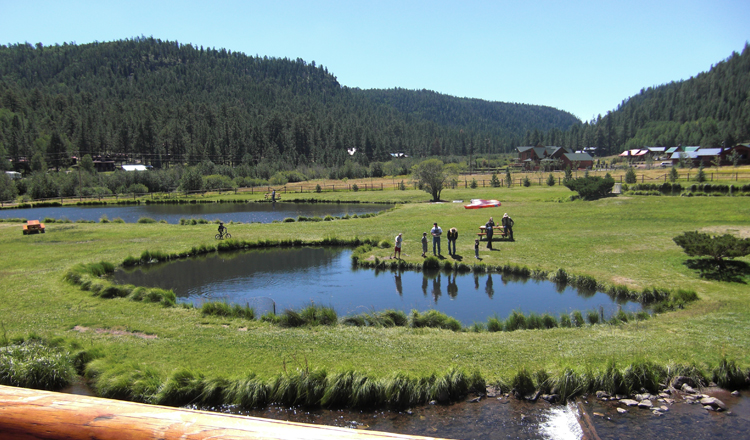 Greer is a place to create memories. Memories are what brand the places we come to love.

Doug Sandahl sought out those brands and came to Greer to rekindle the fond memories he had as a boy of spending time with his family. The time he spent fishing and hunting with his Father and Brothers in one of the most serene environments possible-are memories that led his heart to the Greer Lodge.

In 2004, Doug purchased the Greer Lodge and he has expanded it into what it is today. A Resort consisting of the Historic Greer Lodge Main Building plus over 50 free standing detached cabins. It is a place where families can come and gather, friends can reunite, and new memories can dwell in the log walls of the Greer Lodge Resort.

“Come Home” to Greer Lodge Resort. “Come, Touch Nature” And at the same time get in touch with the spirit within yourself. Come, Make Memories on “the Road to Nowhere”… Escape the Stress of the city, breathe fresh mountain air, hike along a stream, hug a tree, and relax. Welcome Home.